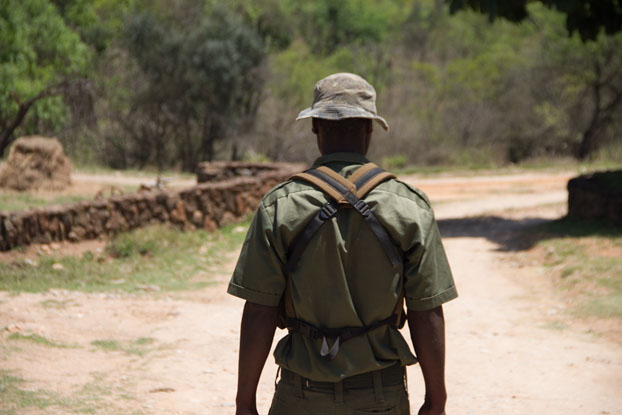 By now most of our readers will know that Konica Minolta South Africa has adopted seven orphan white rhinos – we like to call them the ‘Magnificent Seven’. The rhinos are kept at a high security wildlife sanctuary in Mpumalanga and today we would like our readers to meet Themba, one of the men who is charged with looking after all 26 rhinos at the sanctuary. Bear in mind that ‘Themba’ is not his real name. You’ll also notice that to protect his identity, we have not shared photos of Themba that show his face.

We’re taking a risk by saying this, but it has to be mentioned right up front that you can tell that Themba is emotionally invested in what he does. And with the price of rhino horn trading at $70,000 per kilo, we’re guessing that anyone working on the “good” side of this industry has to be emotionally invested. We’ve included some photos of Themba below, but here is one of the memories that he shared with us (bear in mind that all interview extracts have been translated from SiPedi):

“I was so happy when one of the rhinos I have always seen as my favourite licked me and pushed me about playfully, it was as if he knew that he was my favourite. These animals depend on us as their safe keepers and you can almost see it in their eyes. I will always do my bit. Moments like these show that a little goes a long way.”

“Living this life as a person who protects rhinos comes with many responsibilities. It doesn’t matter how close I am to my family, I cannot tell the truth. At the end of the day, rhino horn is a commodity to most people and these animals depend on us to protect them. I am sure my family will understand and will be proud that I kept this secret.”

There is one family member who knows what Themba does. The sanctuary recently increased its security measures, putting in place a vision of one monitor per rhino. There is no conventional ‘interview process’ for this kind of job, just the question: “who do you trust with your life?” For Themba, that was an easy question and his brother is now also working at the sanctuary as a rhino monitor.

When Themba is not feeding the rhinos or giving them a mud-bath, he is out in the bush protecting a 30,000 hectare area from poachers. Every rhino has his own monitor and every monitor knows his rhino’s story. In most cases, the monitor was there the day the baby orphan arrived at the sanctuary, petrified after witnessing the violent murder of its mother. Themba isn’t just a man with a machete; he’s a protector who has been with a rhino since the very first days of its traumatic journey to recovery.

“I took up the job to make that little difference where I can so that if we lose our rhino to extinction tomorrow, I can say: ‘At least I tried.’ I know it’s a high risk job. Most people do not know the challenges facing us on the frontline. No-one knows when poachers will hit. But those rhinos are our babies.”

Reports in South Africa last month showed that for the first time since 2007, rhino poaching is down. And for the millions of people around the world scanning headlines and social media, that must have been a hopeful, and possibly surprising, headline.

The reality: in 2015 we lost 3.2 rhinos per day, compared to 3.3 in 2014. The demand for horn continues, and endangered animals are violently butchered every single day. While the people at the top and in the public eye roll out the numbers, statistics and misleading headlines, there are some lesser known individuals who the world has never met. Like Themba. He doesn’t appear on your Facebook page or on your Twitter feed. He’s not “headline” material, but he is a champion of our planet and certainly our country. As an organisation, we are proud to bring you this story and we are even prouder that Themba is helping to protect the ‘Magnificent Seven’. 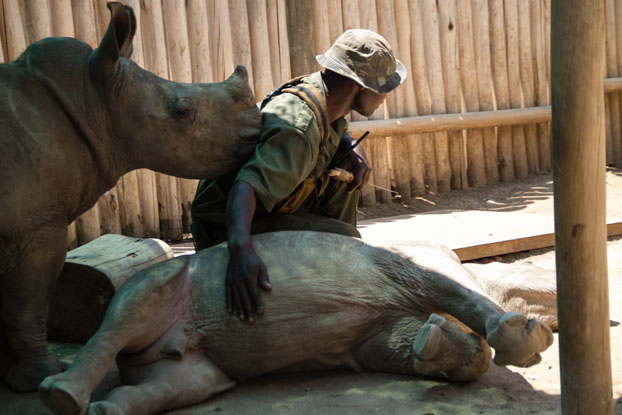 Fern is Finding Her Feet at Care For...